We are now going to be offering in home touch up of any wood surface you have in your home. not just Hitchcock style furniture but any kind of finished wood. please email for a quote. For refinishing prices please go to www.hitchcockrestoration.com 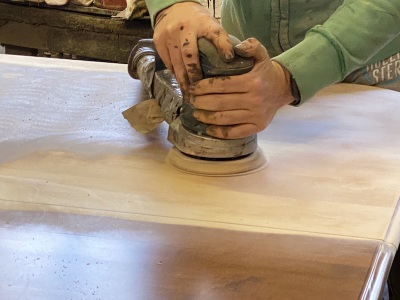 One question I get asked a lot is " If I refinish my Hitchcock style furniture will the value go up". There are 2 answers to this, yes and no. Yes it will go up in value if it is done professionally and correctly. The other answer is no it will go down in value if it is not done correctly. Then why do they tell you on the Antiques Road Show not to refinish it, well its the same reason you do not see people with $5,000 Hitchcock chairs on the Road Show. They were mass produced.

First there is supply and demand. When Hitchcock started making chairs back in the early 1800's his goal was mass production. many households could not afford chairs. They were too expensive. Hitchcock, decades before henry Ford decided to mass produce chairs on an assembly line type operation. In his 20 or so years he made his chairs, tens of thousands were produced, and produced at a reasonable price where the average household could afford them. When Hitchcock re-opened in the late 1940's they had the same goal. To mass produce to keep costs down. Talking to Mark Artruc an ex-employee he informed me that for at least 2 straight decades Hitchcock was producing 250 chairs, 100 tables, and 50 case good furniture pieces PER DAY!> There is one thing about my business that I am not worried about, and that is finding furniture.

Another thing a lot of people did not know is that Hitchcock chair co refinished furniture themselves until they were bought in the early 1990's. They did not advertise it, but if you asked they would do it. Also up until they closed, for $99 an hour, they would send someone to your house to do touch up work (this they advertised). Hitchcock would also refinish their own pieces, especially if they had a canceled special order color.

Now there is condition. Hitchcock is known for their bold and beautiful stencil designs, hand craftsmanship, and quality furniture. That is why it commands the prices it gets. An antique with the finish worn off it is almost worthless, and even a good example of an antique usually sells for less than an excellent condition example made recently. It is because of the finish. They are all sturdy well built chairs, but the value is in the finish. 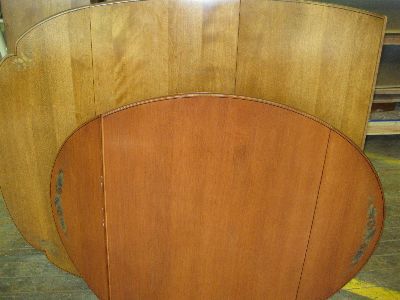 This picture shows how inconsistent Hitchcock was with their colors. These are 2 different tables and both are in a harvest stain. Hitchcock changed the colors with trends and kept the names the same. 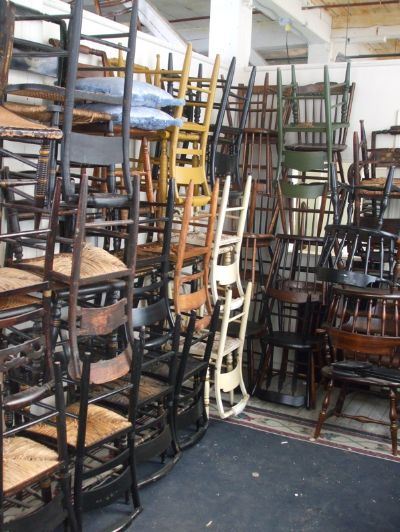 Here are 2 rooms of mine filled with furniture waiting to be refinshed. 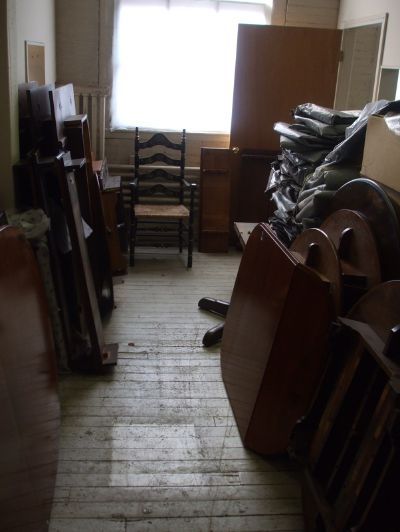 IF YOU ARE SELLING AN ITEM, PLEASE SEND PHOTO MESSAGE OF THE ITEM TO THE NUMBER ABOVE OR EMAIL ADDRESS BELOW. THANKS!

Stop by to see our high quality work in person. We look forward to meeting you!

(10% discount with cash or check when no sales are running)

Get Social With Us

Recommend this page on: